Index of Poems 1,345 poems and counting

The book The House of the World has been nominated for the Pulitzer Prize and is now available on Amazon. 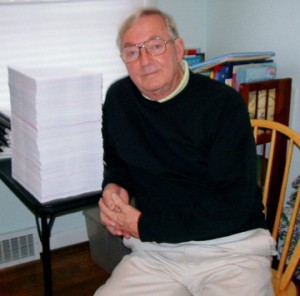 Theodore Waterfield was born in Sandusky, Ohio, in 1935, just a few blocks from Sandusky Bay on Lake Erie.

Living near the water brought him close to nature, and he developed a particular interest in wildflowers and their habitat. As a child, he kept a file box with over a hundred cards with descriptions of their color, shape, the time of year they bloomed, and their habitat. As an adult, he raised them in a garden where they still flourish.

Ted was one of seven children. He had an identical twin named Charles that he was close to and they both sang in the Grace Episcopal Choir. In high school they worked after school in a box factory to save money for college and after graduation went to Baldwin Wallace University. He majored in psychology and philosophy and worked as a janitor at night in an elementary school to pay tuition. In his twenties, he worked in a pharmacy and started writing poetry. 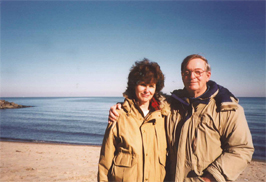 Ted met his wife Mary on a blind date and proposed to her the night they met. He moved to Columbus to be near Mary and lived in Upper Arlington in the same house for fifty years. He worked for the State of Ohio and was later Code Enforcement Administrator for the City of Columbus. He and Mary raised two daughters and became grandparents to three boys. Theodore Waterfield died in 2019, as he lived, surrounded by loving family and listening to beautiful music.

Ted was a man of many interests, an artist who wasn’t afraid to fail. He acted in plays in a Harlequins theatre troop in Sandusky; in one play he was so successful as a blustery hotel manager that at the cast party afterwards, people couldn’t believe he was a quiet man. He took piano lessons as an adult from a nightclub entertainer who taught him the chord method and he became good enough that many nights people stood around the piano to sing while he played. He wrote a novel and a song. His father had taken up painting after he had a heart attack so Ted was familiar with oils and brushes, and he eventually painted with oils and watercolors. His most original pieces were the pen and ink drawings he created. Ted wrote poetry as a young man and later in life wrote a poem every morning sitting in his car before he went in to work. When asked by strangers what he does, he would say, “I’m a poet.”

Theodore Waterfield had his first book of poems, Sandusky Bay, published in 1996. His second book, The House of the World, was published posthumously in 2020.

The book The House of the World has been nominated for the Pulitzer Prize and is NOW AVAILABLE on Amazon.

To learn more about Theodore Waterfield go to http://ingoodcompanyohio.blogspot.com. The artist and author Linda Lee Greene has featured him in her write-up of artistic people.